Technology is developing with the speed of light. Therefore, it is not surprising at all that the new generation of electricity meters work with the help of WiFi. WiFi itself is not bad. However, some people think that the radiation it causes could be harmful to humans and the environment. That said, they wonder about any possible ways that they can protect themselves from that radiation.

Studies done on the topic of non-ionizing radiation haven’t proven it to be harmful for humans. However, there are people who’d like to take preventive measurements about a potentially hazardous thing. If you believe that WiFi and radiation from electrical appliances and devices is harmful, we suggest you read this article. We will, more specifically, help you learn how to block smart meter transmission. 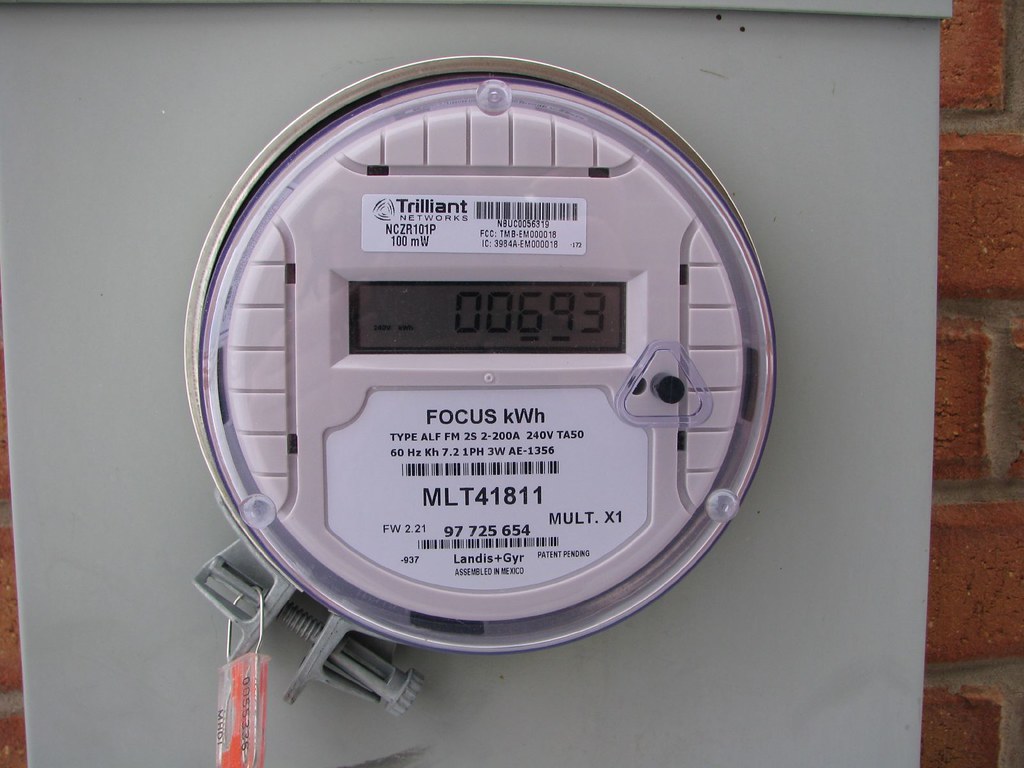 How do smart meters work?

2. Make a smart meter shield yourself

All you need to make a smart meter shield is aluminum foil tape and some double bubble insulation. Wrap these two things around your smart meter and you will have  your shield in no time. However, make sure to check whether there is any radiation emitted by the meter after you’ve finished wrapping. Use an RF detector for this purpose.

A Faraday bed canopy is a mesh canopy that is believed to be able to block radiation from passing through it. The canopy is supposed to be placed over your bed and protect you from your smart meter’s transmissions while you’re sleeping. People who use these kinds of canopies check whether the canopy is effective in blocking the radiation by measuring the levels of radiation in the area inside and outside the canopy. Some people confirm that there is a difference between the two levels of radiation.

5. Use an EMF shielding fabric for your bedding to block smart meter transmission in your bedroom

EMF shielding fabrics for bed sheets, pillow cases and even pajamas are also a trend amongst people who like to protect themselves against the potential harmful effects of their smart meter’s transmission. Combine this method of protection with the Faraday bed canopy, and you could have a nice protection against radiation while you’re sleeping.

If you think that the radiation from your smart meter could be hazardous and you happen to have a baby, you could get a shielding blanket for babies. The organisms of babies are still developing and they need special care and attention. If this kind of radiation is indeed hazardous, a shielding blanket could help limit your baby’s exposure to it.

Sleeping is not the only occasion you might need to protect yourself from the potential harmful effects of EMF radiation. In fact, people argue that it is for the best to use protection against this kind of radiation throughout the entire day. Since you will usually need something more than a pair of pajamas when we are awake, a few pieces of EMF shielding clothes could come in handy. You can buy protective shirts, trousers, shorts, hats and even underwear and potentially protect yourself from the transmission of your smart meter.

8. Isolate your windows with a shielding film to block smart meter transmission

Because the windows of house are frequently being opened and closed, people think that they are a way in for the harmful radiation that your smart meter emits. The general suggestion is to shield your windows with a shielding film which can be darker or lighter in color based on your preference.

If you are really worried about the negative effects the radiation from your smart meter can have on your overall health, you could as well install a standard meter in your home. Standard meters don’t use WiFi. Therefore,  you will have nothing to be scared of when it comes to a meter of that kind.

As we already mentioned, studies have not yet shown that smart meter radiation is dangerous for the health of humans. More studies on the matter are yet to be done. We hope for more studies that could shed more light on the effects of non-ionizing radiation. The majority of scientists from the scientific community state that non-ionizing radiation is not a health hazard, however. But if you, like many others, are concerned about the negative effects of smart meter radiation and EMF radiation in general, we hope that you’ll find our methods of protection helpful.

How to Protect Yourself from 5G And Its Negative Effects?

Which Wrist To Wear Fitbit
6 Tips On Healing Through Movement Exercise
How Long Does Rain-X Last?
How to Get Roaches Out of Your TV
Can Parents See Internet History on Bill?
Does Safelite Replace Windshield Seals?
What Does An Upside Down Pineapple Mean? Swinger? Good Luck?
Can I Eat Spicy Food After Tooth Extraction?
How to Block Emf From Electrical Panel??
Mfg Date Meaning - What Does It Mean
How Much Torque Is Hand Tight?
What Do British People Call Whipped Cream?
Can You Eat a Sunfish?
Can Teachers See Your Screen on Zoom?
Can I Get Another Piercing While One Is Healing?
Do Magnets Affect Wireless Charging
Does Water Wash Away Fingerprints?
How to Reset the Check Oil And Engine Light on a 2019 VW Jetta
Is Healing A Wound A Chemical Change?
How to Dry Scoop Creatine? Explained