We are humans, and it is in our nature to explore concepts that are as unknown at they’re old. That said, it is completely normal, if not expected from us to wonder about who we are, who we can be and which unknown things and forces surround us every day. The concept of the great force of Orgone is just one of those things that make us think about the vast possibilities of our world and ourselves. But is this concept an everlasting truth or is it but a myth? How does Orgonite work? 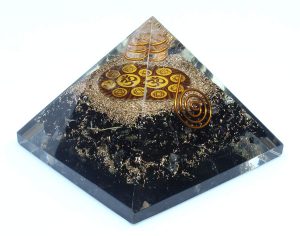 On Orgone energy: an introduction to how Orgonite works

Before you ask how orgonite work, you need to know a little bit more about the Orgone energy. Civilizations have been talking about the Orgone energy ever since humans have begun to understand themselves and the world a little bit better. However, not every civilization has called this energy Orgone. The energy is also known as Prana, Chi, Aether and Mana among the other names, and it has been a topic of discussion for centuries now. However the term Orgone was widely popularized in the 20th century by Dr. Wilhelm Reich, an Austrian psychologist.

A psychologist, but also a Doctor of Medicine, Reich conducted various experiments on airborne microorganisms. He believed that throughout his experiments he had discovered a radiating particle which was the basic particle of what he thought was the universal energy of vitality – the Orgone. Reich thought that this energy is present everywhere in the cosmos and that it can be found in three forms – Positive Orgone Energy (POR), Deadly Orgone Energy (DOR) and Neutral Orgone Energy (OR).

Out of the three forms of energies, it is the POR that creates life and creates the cosmic balance. The DOR, on the other hand, is, according to Reich, a stagnate and blocked POR. Reich was particularly interested in the phenomenon of ‘Armouring,’ which is blocked energy stored in the body, unable to freely flow. However, it is believed that DOR is present in highly-populated cities, near power plants and near devices that emit EMF radiation.

A concerned scientist and psychologist, Wilhelm Reich decided to find a way in which he could sick and unhappy people feel better. He believed that the POR could improve, if not completely cure, different medical conditions, both serious and not so serious. This motivated Reich to create what he called an ‘Orgone accumulator.’

The Orgone accumulator was a device that looked like a small wardrobe made of multiple layers of metal and organic materials. Reich thought that metals and organic matter had the ability to attract Orgone energy. Once ‘caught’ into the accumulator, the energy would act like a healing agent for the patient that would on a chair inside the device. Reich was, apparently, very proud of his invention. He believed to have helped multiple of his patients overcome their medical conditions.

Unfortunately, the FDA wasn’t the most supportive institution when it came to Reich’s discoveries. They accused him of committing fraud, for which he ended up in jail twice. Reich’s incarceration was followed by a ban on his work in biophysics. 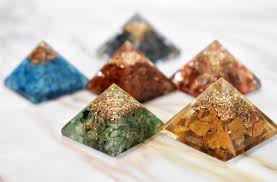 People who respect and believe in the discoveries of Wilhelm Reich have been ‘reproducing’ his Orgone accumulator, but in a slightly different way. Reich’s idea ‘re-flourished’ by the end of the twentieth century, motivating one independent researcher to create a device called Orgonite.

Orgonite is a mixture of different metals, resin and crystals that can be put together in a mold creating a device that can protect living organisms from DOR. The device can have different shapes, and it can transmute the negative Orgone energy into a positive Orgone energy. As similar as orgonite is to an Orgone accumulator, there’s one big difference between them. The Orgone accumulator had the flaw of attracting both POR and DOR. Because of that, it was dangerous to use it near sources of negative energy. Orgonite, however, ‘thrives’ from the exposure to negative energy. People believe that it can convert DOR into POR because of its design. Therefore, people think of Orgonite as of an improved version of Reich’s Orgone accumulator.

See also  Is Peanut Butter Safe to Eat on the Daniel Fast?

How does Orgonite work?

There’s not really a scientific research that has given credibility to the technology of Orgonite. However, independent researchers have some ideas on the way Orgonite works. They say that once the negative energy enters the orgonite, it has to pass through many metal parts and a long string of carbon molecules found in the resin. They believe that it is probable that this ‘energy travel’ through the different parts of the orgonite purifies negative energy. The crystals in the orgonite, furthermore, play the role of better focusing the energy. This way the energy is more beneficial once it exits the orgonite. Crystals also get squeezed once the resin inside Orgonite begins to shrink due to the interaction with negative energy. It is this that makes the crystals become electrically polarized and be efficient into better focusing POR.

How to make Orgonite work

The ingredients you’ll need to make Orgonite are easy to find. All you’ll need to make a device like this is metal shreds, resin and crystals of some kind. The mixture should consist of 50% metal shreds and 50% resin. However, you should compare the quantities of metal and resin based on their volumes and not based on the weight of the two substances.

When making Orgonite, you can use any kind of metal you want. Some people believe that it is for the best to use metal shreds in different shapes and sizes. They think that they can pick up both high and low-frequency EMF this way.

See also  Can A Fox Climb A Fence?

People often think of Orgonites as devices that protect against EMF radiation, radio frequency radiation and 5G. The can improve one’s physical and mental health. People also use them to influence the growth of plants, clear the water, repel predators and cause weather changes. There is currently not sufficient evidence that could prove the benefits of orgonites. However, independent researchers and orgonite enthusiasts claim to have visual evidence on the matter. Currently, however, every success that orgonites might have in being beneficial to one’s health can be proven only subjectively.

What’s an Orgonite Pyramid and Why Do You Need One? Let’s dive deep!

How To Change TV Input Without Remote?
What Can Happen If You Smoke After Tooth Extraction : Results and Solutions
Can You Freeze Pyrex Glass?
How Long Does It Take To Digest A Donut?
6 Animals That Have The Strongest Immune System
How Long Does It Take For Pepto To Work? Explained
25 Ways On How to Get Hollow Cheeks Without Surgery
How Do I Remove Samsung TV Stand?
Benefits of Orgone Pyramids: Invisible Energy?
Can Running Electrical Wire Under A Mobile Home Work?
How Many Watts To Run A House? Q&A
Can Poop Kill Chickens?
Can You Have Too Many Crystals?
Do Caterpillars Sleep?
How Much Does 32 oz of Water Weight?
Do Cinnamon Rolls Go Bad?
Which Food Was Received In The Temperature Danger Zone
11 Facts: Can Height Reduction Surgeries Correct Bone length?
Can You Drink Alcohol With A Healing Tongue Piercing
When Do You Ask Someone To Be Your Valentine? 100 Ways

2 Replies to “Orgone Energy and Orgonite: How Does Orgonite Work?”