Himalayan salt lamps are beautiful, decorative and they are also thought to have positive effects on people’s health. Pardon us for being a little subjective there, but how does one ignore such a mesmerizing object as a salt lamp? We believe that one can ignore them only if one’s not familiar with them. If that’s the case with you, we’ll be happy to tell you more about Himalayan salt lamps and the best Himalayan salt lamp brand.

If you’re looking for specific salt lamps and not a list of the top brands, check out this article.

What are Himalayan salt lamps?

Bigger or smaller, there’s one thing that all Himalayan salt lamps have in common and that is that they all come with a light bulb. If the lamp is made of a big salt chunk, the chunk is hollowed out in the middle and the light bulb is placed inside of it. ‘Chunky’ salt lamps usually have their light bulb put inside the basket they come with and in between the chunks of salt.

Once you become interested into Himalayan salt lamps and start to do research on them, you’ll learn that they can come in several different shapes. The most common shape a salt lamp comes in is the natural shape of the salt chunk it’s made of. Lamps with this kind of shape are also believe to have greater health benefits (spoiler alert!) from lamps that are carved into a particular shape.

How do Himalayan salt lamps work?

Salt is hygroscopic, which means that it has the ability to absorb water. What a Himalayan salt lamp does is absorb water from the air in the area where it’s placed, and it should stay on from 16 to 24 hours a day because of this. If you leave a salt lamp off for too long, the water that it ‘collects’ on its surface will stay on the surface until it starts to drip down the lamp, leaving a puddle of salty water on your furniture. This is because the lamp won’t have a way to dry the water out of its surface; the only way for this to happen is the light bulb in the lamp to generate heat.

So, one of the things that a Himalayan salt lamp does is absorb water from the air. However, it is believed that salt lamps are capable of much more than this. These lamps are believed to release negative ions into the air and purify the air with their help. Negative ions are released from the lamp as the salt absorbs the water, and they ‘attach’ to some impurities in the air that are not very good for our health. Such impurities include pet dander, dust, allergens and germs. All these particles can no longer float in the air easily once a negative ion ‘attaches’ to them, and a lot of them end up falling on the ground. Because of this, people believe that salt lamps have a positive effect on their health.

Depending on the particles that a Himalayan salt lamp can remove from the air in the room where it’s put, these lamps could have many physical and psychological positive health effects. The lamps could help you find your way around allergies, improve your breathing, reduce symptoms of asthma and asthma attacks, improve your blood flow, prevent skin, eye and other irritations, protect you from any flu-causing germs and improve your mood, increase your energy, aid your sleep and improve your concentration.

As in the case with grownups, people believe that the lamps have positive health effects on babies as well by helping them breathe more easily and sleep better. These health benefits make Himalayan salt lamps be the natural air purifiers that clean the air in your home, office or yoga studio and also aid to its good looks.

See also  How Are Positive and Negative Ions Formed? 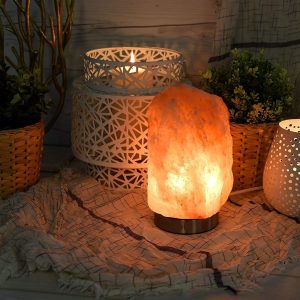 Levoit is a Himalayan salt lamp company with their headquarters in Orange County and offices in Europe and Asia. They are a relatively new company, which is why it’s so amazing how popular they’ve become in the past two years. The company sells air purifiers, humidifiers, smart products and salt lamps, all of which have a great reception from the public. Their mission is to introduce people to healthier and happier lifestyles through products that improve both their physical and mental well being. Even though they’ve been established in 2017, they are recipients of multiple awards and they’re an active supporter of the non-profit organization WeForest, an organization that wants to make Earth cooler by planting trees.

Levoit’s salt lamps really look majestic, and most of them are very popular among customers. Some of their lamps are lamps made of big salt chunks. Other lamps, however, are lamps made of smaller chunks and put inside of baskets with interesting designs. The model of salt lamp that got our attention from Levoit is the Viéra Himalayan Salt Lamp. However, the other salt lamps are definitely worth checking out as well. 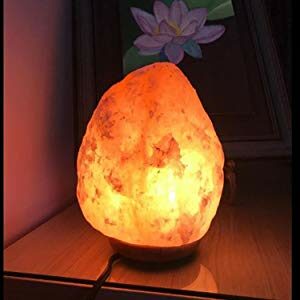 Glow Himalayan is a company that continually makes great-quality salt rock lamps. Most of the salt they use comes from the Himalayan mountains. The purity of the salt rock is something this company has as its top priority. Their mission is to produce salt lamps made of pure Himalayan salt chunks. There’s a never-ending list of satisfied clients that attest to the quality of production of this company. That said, Glow Himalayan can proudly call themselves ‘one of the most reliable salt lamp suppliers.’

The company sells both natural and shape lamps, and they all come at competitive prices and look beautiful. We recommend you check out the Natural White Salt Lamp by Glow Himalayan, which looks beautiful and sophisticated. 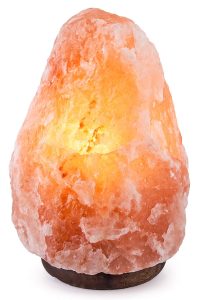 Crystal Décor is a company that finds its inspiration for making salt lamps in the beauties and wonders of nature. This company believes that nature can help you relax and ‘charge your batteries’. They very much want to bring you the magic of nature into your home. Crystal Décor wants to do this by introducing you to their salt lamps made of Himalayan rock salt. The salt for these lamps comes from the Himalayan mountains.

The company sells salt lamps that come as single lamps or in pairs. They also have a line of beautiful basket salt lamps. We are definitely in love with their pink salt lamp with the star-themed basket. That said, we definitely recommend you check it out.

See also  How Long Do Salt Lamps Last, And What Does It Depend On 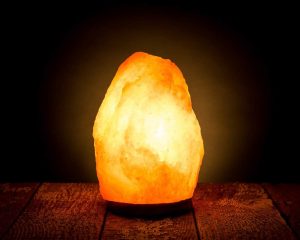 HemingWeigh is one of the older Himalayan salt lamp brands on the list. The company has skilled employees who make great-quality yoga products. This company cares about its customers. They really want them to thrive and do the best they can to live a healthier life.

HeminghWeigh has a lot of positive reviews, and many physical therapists and professionals recommend it. The company has a list of beautiful salt lamps that would look good in any home. However, out of the many lamps, we think you should take a look at the HemingWeigh Natural Rock Salt lamp.  This lamp weighs from six to seven pounds. 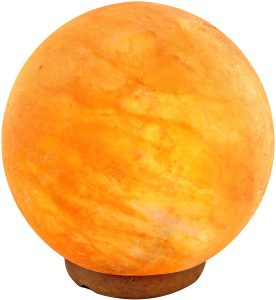 Cristal Allies started as a one-man project. The person who made the project wanted to bring the best crystals in the world to you. While doing research, Kai Xie made a lot of valuable connections with a lot of people around the world.  These people were crystal enthusiasts too. With time, Cristal Allies became a global partnership of people from all over the globe. All of these people all committed to finding amazing minerals from unknown and isolated places. Among the minerals Crystal Allies are interested in is also the Himalayan salt. That said, this global partnership sure does have some great salt lamps for you.

The Natural Himalayan salt lamp with salt candle holders is one of Crystal Allies’ most popular lamps. We really like this product too. Since we like introducing you to the products we like, we recommend you check out the lamps on our list.

Can You Use Gorilla Glue On Nails? Explained
How To Make Orgonite
Himalayan Salt Lamp Bulbs : Why Incandescent Not LED?
How to Put Essential Oils Directly on a Himalayan Salt Lamp
Can Salt Lamps Cause Headaches?
How Are Ions Formed?
Best Air Purifiers For Smoke Under $100 - Top Picks of 2020
Therapure Air Purifiers Reviews – The best of 2020
The Best Salt Rock Lamp: 7 Lamps Worth Checking Out
Best Negative Ion Generator of 2020 - Our Top Picks
Why Is My Salt Lamp Leaking?
How to Clean Himalayan Salt Lamp?
Do Negative Ions Bracelet Work : Yes and No
How Are Positive and Negative Ions Formed?
How Long Do Salt Lamps Last, And What Does It Depend On
Will Salt Lamps Catch On Fire?
Can salt lamps make you sick or are they beneficial?
Best EMF Detector of 2020 - All about EMF detectors
Benefits of Orgone Pyramids: Invisible Energy?
How Do I Keep My Salt Lamp From Sweating?